The British Legion was formed in 1921 to support the Armed Forces community.  This includes families.  In general terms, membership criteria include:.

Mark has had a British Legion for several decades.  Within the last two years, it was close to closing down, however, it was revived and has a small committee which meets quarterly.  We tend to focus on commemorating Remembrance Sunday, which includes collecting contributions to the charity and taking part in the parade at Hugh Sexeys School, Blackford.  During the 2018 commemorations to mark the end of the First World War, Mark British Legion:

Whilst this year is the 80th anniversary of the outbreak of the Second World War, it is worth bearing in mind our Armed Forces have been on continual active service since 1945, except for 1968, which, ironically, was the closest war was declared when the Soviet Union invaded Czechoslovakia.

Mark Royal British Legion welcomes anyone who largely meets the criteria listed above.

PLEASE REMEMBER, SHOULD MARK BRITISH LEGION BE UNABLE TO PASS OUR COLOURS TO THE NEXT GENERATION TO KEEP THE BRANCH ALIVE, THEN THE COLOURS ARE MOST LIKELY TO BE LAID UP IN THE CHURCH AND CANNOT BE FLOWN AGAIN. 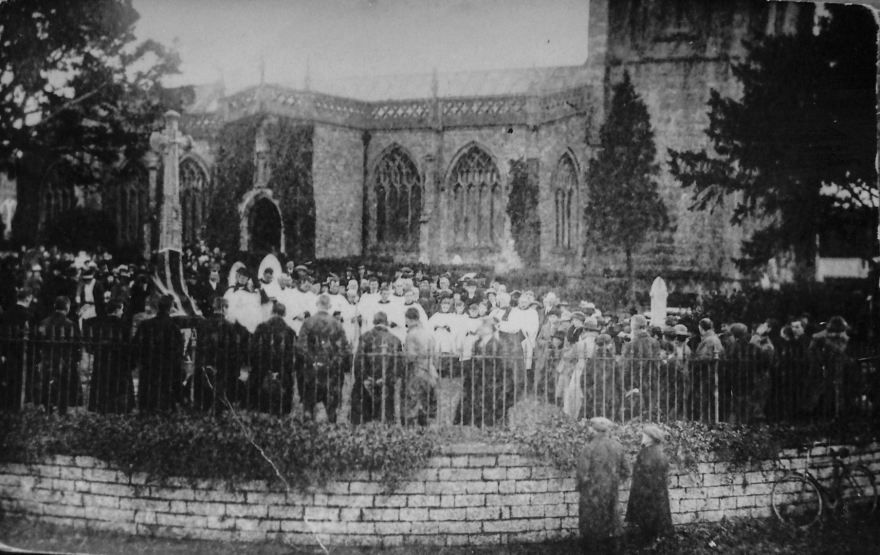 On Saturday 15 May 1921, three years after the end of the First World War in 1918, on a rainy day in London, representatives from four rival military and naval welfare societies marched to the Cenotaph in London and as ‘Big Ben’ struck at 9am, a representative from each association laid a single red poppy wreath at its base. From this emerged the British Legion which is UK’s largest Armed Forces charity with the Poppy Appeal providing welfare and support. Today, 100 years later, there are still 2,500 branches, some with histories reaching back to 1921, including Mark. Attached is a photograph dated 1921 of the first Remembrance Sunday at the War Memorial Cross in Mark Churchyard.

A century on, the Royal British Legion (RBL) will be laying a wreath at the Cenotaph and have invited other associations to lay wreaths at local memorials.

Fly Past. Subject to weather conditions and aircraft serviceability, at 9.15am, three aircraft of a replica SE-5a First World War fighter leading and a Wittmin Tailwing monoplane and an Aeronca Model also with a high wing configuration flown by three former RAF pilots from Middlezoy Aerodrome Flying Club will fly along the Causeway from Watchfield and pass over the Church.