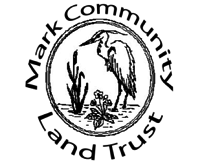 Since the first public meeting was held on 20th February, 2015, and a Steering Group agreed, it has looked into forming a Community Land Trust (CLT).  A  CLT is a local organisation set up and run by ordinary people to develop and manage homes as well as other assets important to that community.

A community land trust is a non-profit corporation that develops and stewards affordable housing, community gardens, civic buildings, commercial spaces and other community assets on behalf of a community.

The Steering Group has now met three times and agreed that its first project and priority is that of providing affordable housing for those in Mark or with Mark connections.   Although this scheme was started under the auspices of the Parish Council, the Trust will be completely independent once it has been incorporated and a board of Directors appointed.  At a later date (to be announced) we will need as many people as we can muster, to join as a member (aged 16 and over and for as little as £1.00), to support  and vote on all issues,  including the appointment  of board members;  whose role will be to oversee the projects undertaken.  An application to form the new company has been sent off following agreement at its last meeting held on 30th April, 2015.

The Steering Group is currently pursuing,  in conjunction with members of the Wessex Community Land Trust  and Sedgemoor District Council,  some possible  sites, of approx two acres in size for affordable housing in the parish of Mark.   It is still not too late if you own or know of any such suitable sites which have not already been submitted to the District Council.

The current membership of the Steering group is as follows:-

It should be noted that these are temporary appointments pending the setting up of the new Board.

We will be arranging the next public meeting to take place in early September  to further gain your support and  membership to the new company which will serve our local community.  Therefore it will be very important that you and family members come along to have your say in the future of Mark!

Look out for further announcements but in the meantime, if you should have any queries or want further information, then please contact me or any other member of the Steering Group.